“To pyramid or not to pyramid…That is the Question”

These proud constructions of the ancient Egyptians which leave us awe and wonder. In their natural surroundings in the valley of the kings, that is. In PowerPoint presentations however, they only let us wonder WHY someone has thought AGAIN that a PYRAMID is the appropriate display for each and every explanation.

The intention of diagrams is to simplify our understanding of a concept. We use diagrams and charts to explain faster and easier what we had in mind. All diagrams should support the brain to understand quicker. But if the diagram is not a logical construct of the thought, it is just decoration and has no function.

The pyramid shape diagram is specifically designed to take broad concepts and narrow them, representing any sort of hierarchy or an upbuilding construction.

To use the pyramid, your argument needs a foundation, or a base and all following points are building up from this foundation and now the kicker: Would not exist without the argument it is based on. So the second layer should not be able to function alone it needs to be substantiated by the argument beneath it and so on. Another key aspect is that the argument doesn’t get less important, it just has a smaller share as it keeps building up. 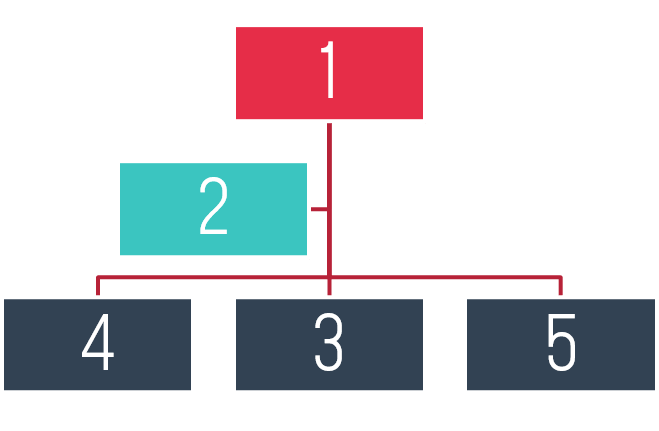 Some use pyramids to resemble importance. For instance:  The CEOs is on the very top of the pyramid, the managers on the next, then staff, then temporary workers on the bottom level. What is wrong with this picture? A CEO would not exist without temps, staff or managers? First of all; we never start a Pyramid from the top. That wouldn’t have worked for the Egyptians, doesn’t work for you! Then you can’t say that one layer doesn’t work without the other, there are many company structures who have no management positions under a CEO, there are multiple CEOs without Managers. And honestly… are you really willing to say that staff and temp workers are least important people in an organization? To appropriately represent a company structure, use an Organigram or Org-Chart. 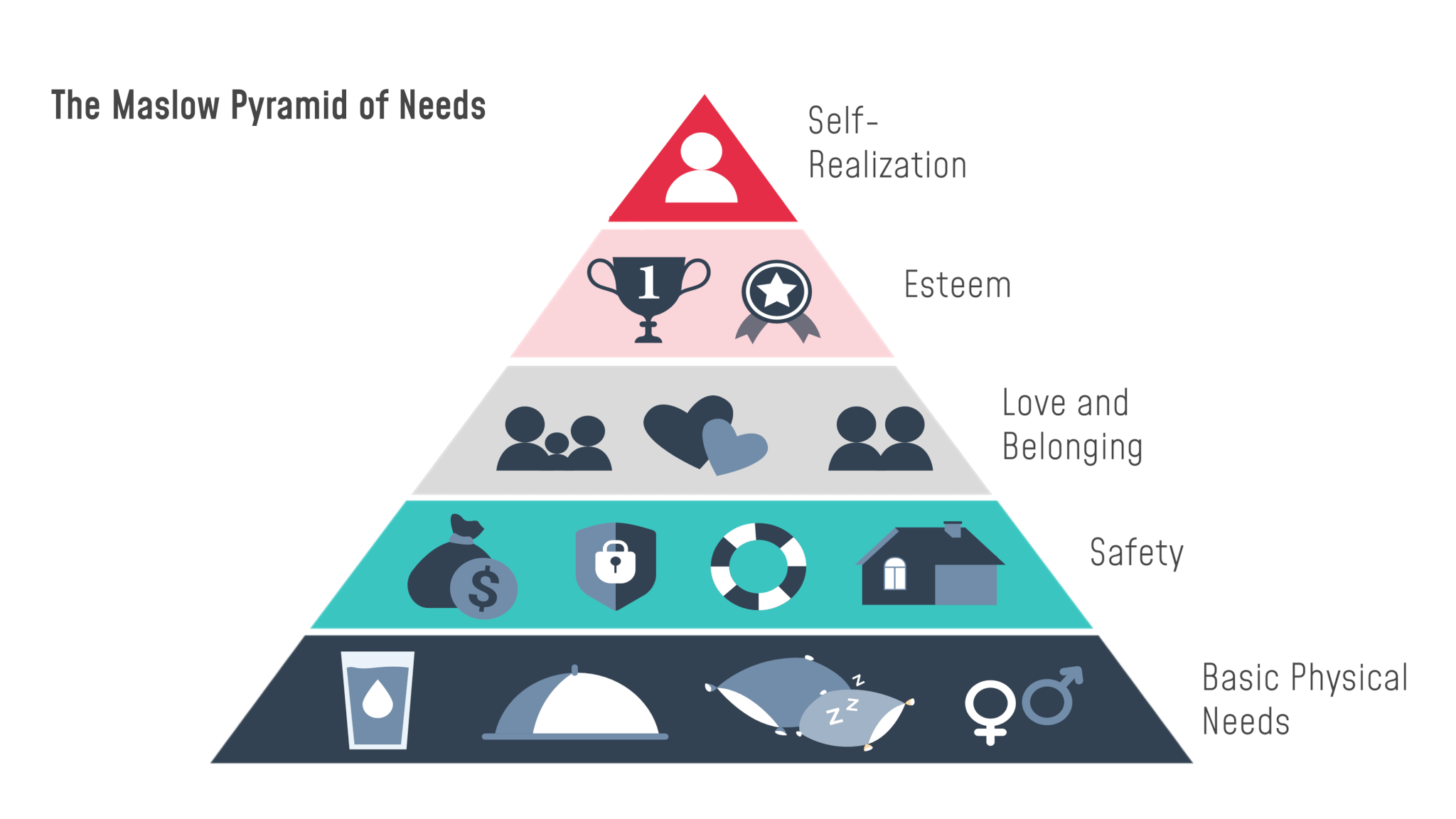 Clearest use of the Pyramid, I would like to show you with the Maslow pyramid of needs. A very famous and very logical one. None of these needs would occur if the former one wasn’t met. No one who is starving is thinking about self-actualization. The basic physical needs must be met first and then the second layer of need arises. Do you see now why this is best shown in a pyramid? That’s right, because the basis is the broader more important thing that you can build up on and as you move to the top the “needs” are not that basic anymore and unfortunately can’t be met by everyone.

Why did I not simply talk about the food pyramid? Cause I for one think that it doesn’t need pasta to have fish and that oils are not existent because dairy. I also don’t think that I can only have my milk if I ate my bread… But that could just be me… 😉 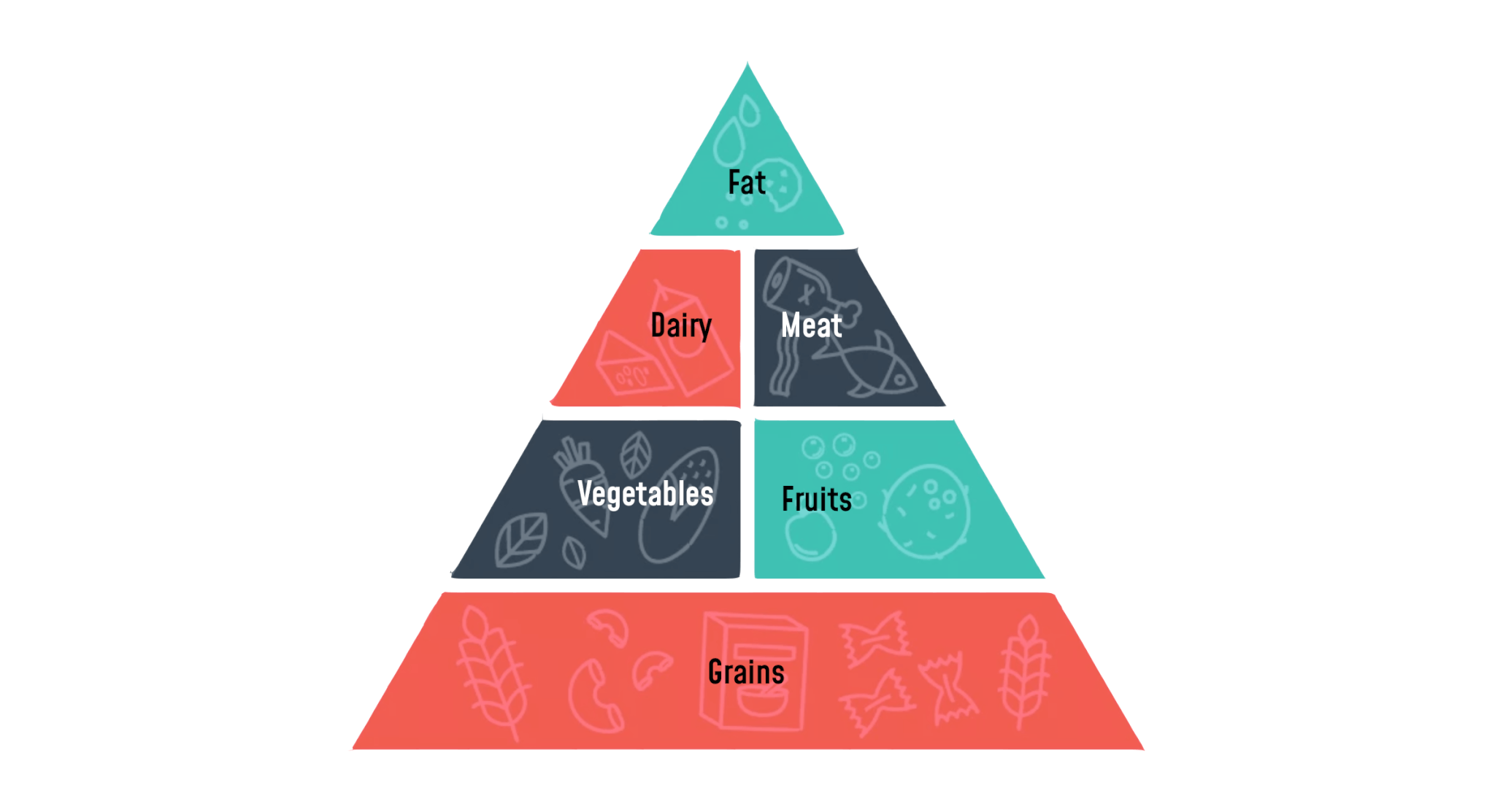 You should use it as the thing that it is. The base is the foundation of an argument which holds the most and heaviest part of the argument. The second layer is already a smaller part in the argument but couldn’t exist (it pretty much be “baseless” without the first part) and so on. Nothing in the pyramid “results” of the former argument but it is substantiated by it.

To pyramid or not to pyramid? That is the question.

If you need to show a coherent interlocking process or argument where one results in the other, please use a Circle Process!

If you use it to actually “filter” information. Let’s say you start with a crowd of all Americans, then you say female, than you say Latin, than you say blue eyes, please use a Funnel!

If you need to show parts of one whole in equal or unequal parts or components, please use a Pie Chart!

If you need to show a process, one results the other, please use Process Arrows!

If you need to display arguments, which are leading to a result and are based on each other, please use Stairs and Step Charts!

If you have one result or argument is supported by 3,4,5 arguments but they don’t build up on each other and are not even resulting from one another, please use a Temple Chart!

Let’s review the many incorrect uses once more:

I sincerely hope, you will never look at the pyramids the same. 😉

And if we can help you choose the right chart, feel free to contact our pyramid experts…we look forward to hearing from you. 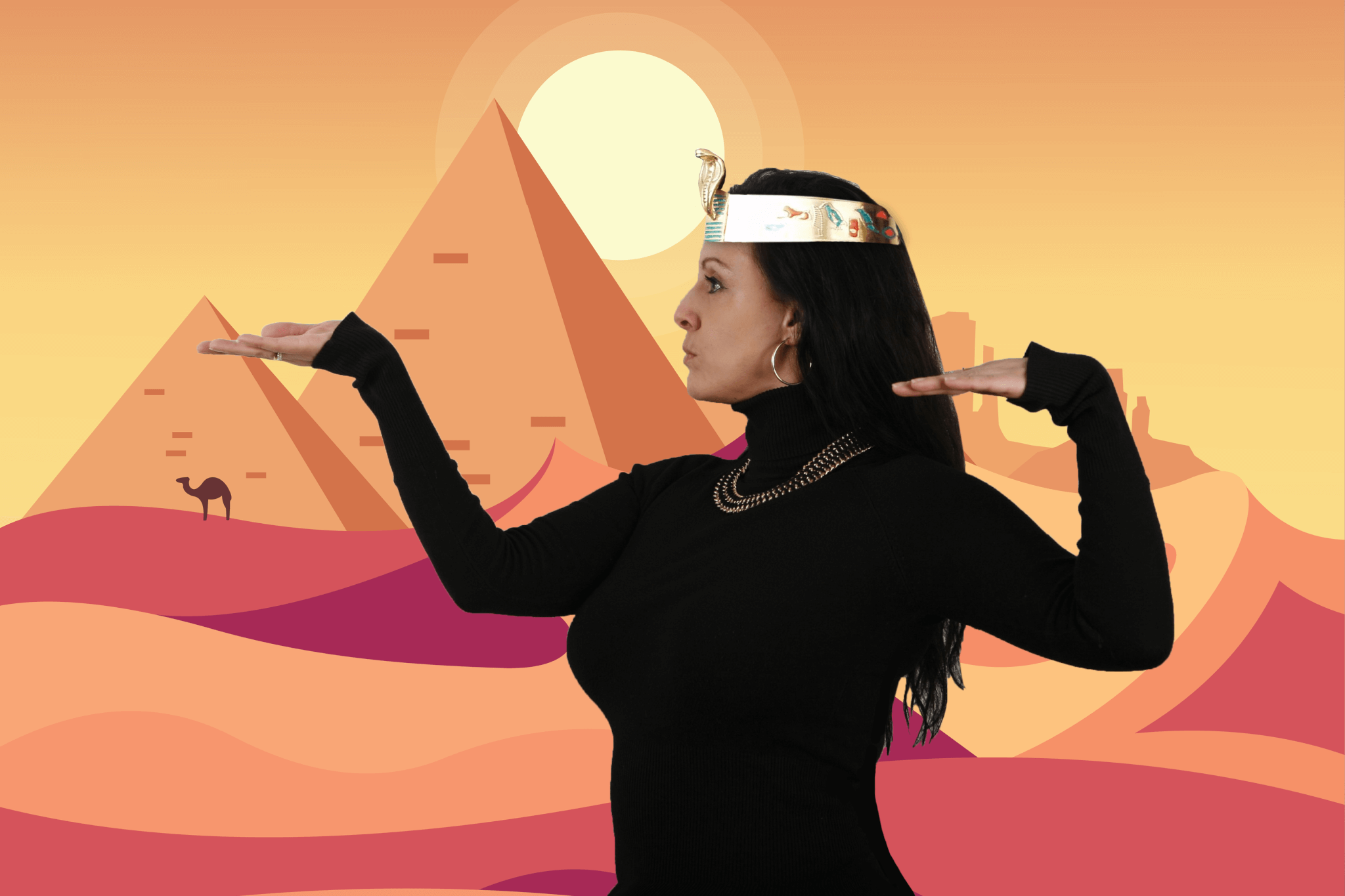 Author (hover to contact)
Hi&Lo Agency
Information Presentations – This could have been an e-mail?

HiLo_AgencySpringtime for Words
Scroll to top

We use cookies to improve your browsing experience, but we eat our greens regularly.
Use all CookiesSelect CookiesDecline all Cookies

We may request cookies to be set on your device. We use cookies to let us know when you visit our websites, how you interact with us, to enrich your user experience, and to customize your relationship with our website.

Click on the different category headings to find out more. You can also change some of your preferences. Note that blocking some types of cookies may impact your experience on our websites and the services we are able to offer.

These cookies are strictly necessary to provide you with services available through our website and to use some of its features.

Because these cookies are strictly necessary to deliver the website, refusing them will have impact how our site functions. You always can block or delete cookies by changing your browser settings and force blocking all cookies on this website. But this will always prompt you to accept/refuse cookies when revisiting our site.

We fully respect if you want to refuse cookies but to avoid asking you again and again kindly allow us to store a cookie for that. You are free to opt out any time or opt in for other cookies to get a better experience. If you refuse cookies we will remove all set cookies in our domain.

We provide you with a list of stored cookies on your computer in our domain so you can check what we stored. Due to security reasons we are not able to show or modify cookies from other domains. You can check these in your browser security settings.

These cookies collect information that is used either in aggregate form to help us understand how our website is being used or how effective our marketing campaigns are, or to help us customize our website and application for you in order to enhance your experience.

If you do not want that we track your visit to our site you can disable tracking in your browser here:

We also use different external services like Google Webfonts, Google Maps, and external Video providers. Since these providers may collect personal data like your IP address we allow you to block them here. Please be aware that this might heavily reduce the functionality and appearance of our site. Changes will take effect once you reload the page.

The following cookies are also needed - You can choose if you want to allow them: